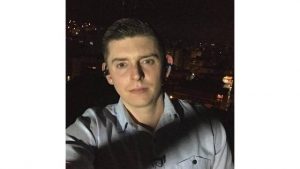 A journalist with ties to our region has been detained in Venezuela.

Cody Weddle is a 2008 graduate of Patrick Henry High School.

Congressman Morgan Griffith released a statement on the detainmentof Weddle.

He said, “It is unacceptable for Nicolas Maduro to detain Cody Weddle, an American citizen and a journalist reporting to the world on what is happening in Venezuela. This action must not stand, and I demand Cody’s immediate and safe release.”

Weddle is also a graduate of Virginia Tech and currently works as a journalist for a South Florida station.