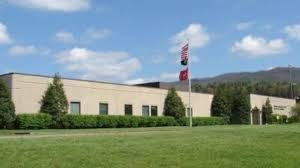 According to the Northeast Tennessee Correctional Complex in Mountain City, three correctional officers have been injured and the facility remains in a lock down following an incident over the weekend at the facility in Johnson County. A disturbance occurred around nine pm Saturday and the officers were injured as they responded to access the situation. The three officers were assaulted, and received non life threatening injuries. We’ll keep you updated on this developing story out of Mountain City, Tennessee.