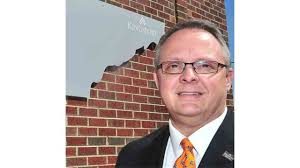 He’s been a smiling, friendly face around Kingsport City Government since 1984 and now City Manager Jeff Fleming is announcing his retirement. Fleming began his career in 1984 as an intern and worked his way up to city manager five years ago. He’s worked with a half dozen mayors and city managers during his career. His retirement is effective in June.