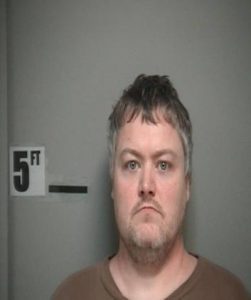 41-year-old Jamie Grant Castle of Fort Gay, West Virginia supposedly got married, changed his name and fled to Colorado after a computer recovered from his home was found to contain dozens of illicit photos and videos of children under the age of 6.

He was eventually captured in a suburb of Denver in September 2017 and brought back to Virginia to stand trial.

Castle must register as a sex offender upon his release from prison.