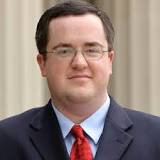 Now that Tennessee Governor Bill Lee has announced he’s calling for an August special session of the Tennessee Legislature, one local represenative will continue his push to secure enough votes to become the next Speaker of the House. Matthew Hill of Jonesborough will be in thick of the battle to become the next speaker after Speaker Glenn (KAS UH DA) announced he will be resigning in August following a text messaging scandal involving inappropriate comments about women. Hill, a Republican has been measuring his support from other fellow legislators since the announcement the Speaker would be stepping down.