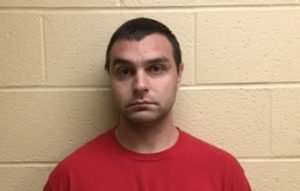 A former Hancock County corrections officer has been indicted following an investigation into accusations he exchanged tobacco for sexual contact with a female inmate.

The Tennessee Bureau of Investigation reports, they started investigating Jacob Cole Heck in February, and received information that Heck was providing tobacco to a female inmate in the Hancock County Jail in exchange for sexual contact. Heck was later terminated. He has been charged with one count of Official Misconduct, and Heck has turned himself into authorities as of Wednesday.