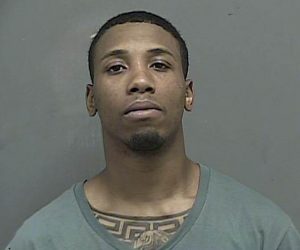 The final of three suspects accused of being involved in a shooting at the Meadowview Convention Center in Kingsport has been arrested.

Phillips along with Deonte Bristol and Brittany Stafford are all three facing charges for their alleged involvement in the shooting that happened on June 8th. Bristol and Stafford were arrested and have since appeared on court. The investigation into the shooting at the convention center is still ongoing.