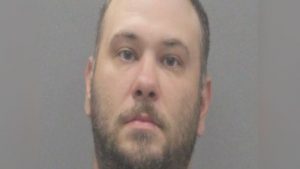 A Marion Virginia man is jailed after being arrested and charged with the forcible rape of a ten year old. Smyth County authorities arrested 37 year old Gary Dwayne Dotson following an investigation stemming from an incident reported to a school resource officer on Thursday. Dotson is being held in the Abingdon Regional Jail without bond. A press release from the Smyth County Sheriff’s Department says other charges are pending as the investigation is ongoing.