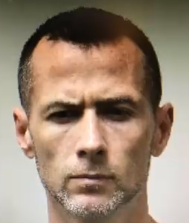 Two weeks after he led Unicoi County officials on a chase and sightings in neighboring North Carolina, a felony suspect has been apprehended.

The Yancey County Sheriff’s Office said Christopher Saults was taken into custody in Washington County, Tennessee where he faces charges. He will also be extradited back to Unicoi and North Carolina for court proceedings, the sheriff noted, for charges related to a camper break-in where he took weapons including a handgun.