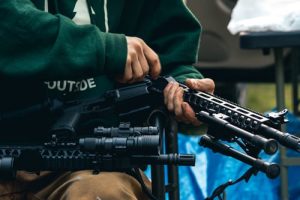 A bill that bans the possession of assault-style weapons in Virginia has passed the House of Delegates on third and final reading.

The party-line vote pushed Governor Ralph Northam’s agenda of gun safety into the Senate where it will be debated following the annual crossover day in Richmond.

The new law would require police to charge an assault rifle owner with a Class 6 felony if the owner transports, sells, imports or trades that type of weapon or large-capacity magazine. Current owners can keep their guns after January 2021 if they obtain a special ownership permit from State Police.