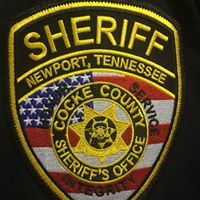 Cocke County, Tennessee Sheriff Armando Fontes says his department is grieving following the shooting death of one of his correctional officers.

Travis Mullins was gunned down after pointing a weapon at a Greeneville police officer in the parking lot of Lowe’s off Andrew Johnson Highway. The 29-year-old Mullins had returned to the scene in his uniform after the TBI said he had previously injured a woman in a domestic-related hit and run incident.

Fontes said his officer’s actions were out of character and were irrational. He asked for continued prayers for Mullins’ family, his department, and the Greeneville officers involved in the shooting.