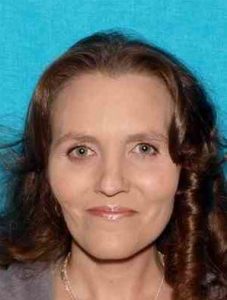 Authorities in Kingsport are asking for the public’s help regarding information on a missing woman not located in two months.

The Kingsport Police Department says Lucy V. Steffey, 35, of Kingsport, was reported missing by a family member to police on February 14th. Officers say while foul play is not suspected at this time, personal information relayed to detectives say there is reason to be concerned for her overall safety and welfare. Steffey is a white female, standing 5’2″ tall, weighs 131 pounds, with green eyes and brown hair.

Anyone who sees her or who may know her current whereabouts is asked to contact Detectives in the K.P.D. Criminal Investigations Division at 423-229-9429 or call Kingsport Central Dispatch at 423-246-9111.