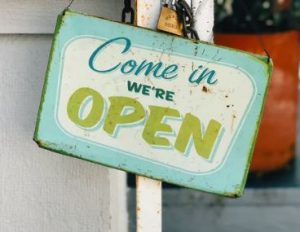 Tennessee Governor Bill Lee on Monday announced he will let the safer-at-home order expire on April 30 and will work with industry leaders to get most businesses back open by May 1.

The order to residents to stay home was issued last month and Lee said during his remarks in Nashville that while the physical health of Tennesseeans is improving, the economic health is not. He noted that some businesses and shops could reopen as early as Monday, April 27.

Today, Governor Bill Lee announced the order for Tennesseans to remain at home will expire April 30, with the vast majority of businesses in 89 counties allowed to re-open on May 1.

“Our Economic Recovery Group is working with industry leaders around the clock so that some businesses can open as soon as Monday, April 27,” said Gov. Lee. “These businesses will open according to specific guidance that we will provide in accordance with state and national experts in both medicine and business.”

The Lee Administration will work with Shelby, Madison, Davidson, Hamilton, Knox and Sullivan counties and their health departments as they plan their own re-open strategies.

“While I am not extending the safer at home order past the end of April, we are working directly with our major metropolitan areas to ensure they are in a position to reopen as soon and safely as possible,” said Lee. “Social distancing works, and as we open up our economy it will be more important than ever that we keep social distancing as lives and livelihoods depend on it.”

The Economic Recovery Group (ERG), composed of 30 leaders from the public and private sector is crafting guidance to assist businesses in a safe reopening. The industry representatives participating in the ERG collectively represent over 140,000 Tennessee businesses that employ over 2.5M Tennesseans.