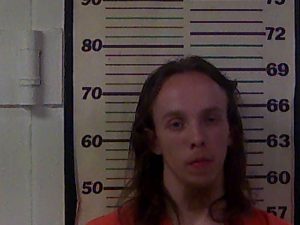 Clayton Justis was arrested on charges including attempted first degree murder and especially aggravated burglary following a reported home invasion and shooting at a residence on Massachusetts Avenue. Hensley says while assisting the Unicoi Police Department during the investigation, deputies confiscated drugs on scene, and placed charges against Justis of statutory rape of a 15-year old.

The shooting victim was taken to the hospital and no further information has been released on the person’s condition.