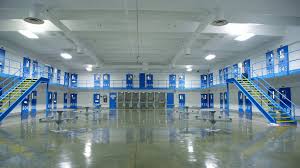 An inmate in Pound, Virginia’s Red Onion State Prison has died following injuries he received in an attack by another prisoner. The name of the 47 year old inmate is not being released at this time. According to a press release, the inmate died at Dickenson Community Hospital Friday evening. The deceased inmate was serving a life sentence without parole for first degree murder. His 54 year old cellmate is serving a life sentence for first degree murder, second degree murder, carjacking and robbery. The incident is being investigated as a homicide.