JLARC study: Revamp or cut tax credits in Virginia based on coal use and production 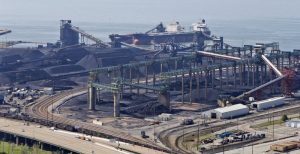 Several of Virginia’s publicly funded economic development incentive programs have limited benefit and either need to be overhauled or eliminated, according to a new report published Monday by the state’s legislative watchdog agency.

Staff of the Joint Legislative Audit and Review Commission presented lawmakers with the findings of an investigation into the effectiveness of 10 incentives intended to either promote business growth through infrastructure development or encourage business activity in distressed regions. State spending on the incentives totals $690 million over the study period, fiscal year 2010 through fiscal year 2018.

Two of the incentives studied were coal tax credits, which accounted for nearly $315 million in spending over the study period. The report recommended that lawmakers scrap them entirely.

“The tax credits are among the state’s largest incentives, but they generate economic losses for the state and no longer appear relevant,” the report said.

One tax credit that typically goes to mining companies and was intended to help Virginia coal producers maintain competitiveness “is no longer warranted” because Virginia’s mining productivity has met that of other states, the 151-page report said. The other, a credit designed to encourage electricity generators to use Virginia coal, “no longer serves a purpose” because all but one coal-fired plant in the state will close by 2025, the report said. The remaining plant, Dominion Energy’s Virginia City Hybrid Energy Center, is already dependent on Virginia coal.

Del. Mark Sickles, a Democrat who is vice chairman of the House Appropriations Committee and a JLARC member, said a full review of the state’s tax incentives is warranted.

“They’re very difficult to stop once you start them,” he said.

The coal tax, in particular, is a politically charged topic, Sickles said, noting that Virginia’s coal country in the state’s southwest has long been economically challenged.

“It is very difficult to vote against something that a region of the state believes is its total lifeline,” he said.

Harry Childress, president of the Metallurgical Coal Producers Association, said he had not yet reviewed the report and couldn’t immediately comment on the tax credit recommendations.

“Local economic development staff rate the grants as useful, but they appear to have little effect on employment, income, and other economic indicators, according to statistical analysis and other research,” the report found.

Because the grants are nondiscretionary — meaning they are approved as long as minimum eligibility requirements are met — they likely reward behavior that would have occurred anyway, according to Ellen Miller, the commission’s chief economic development and quantitative analyst, who presented the report to lawmakers.

The report found that some of Virginia’s enterprise zones are not well targeted to the most distressed localities. Some are in areas that would not generally meet the criteria for being economically distressed (such as Henrico County, a Richmond suburb that has a zone), and excluded are many localities that would meet the criteria, the report said.

The report was also critical of two programs run by the state commission created two decades ago to spend Virginia’s portion of the national tobacco settlement.

The Tobacco Region Revitalization Commission’s Tobacco Region Opportunity Fund and its megasite program “have not achieved their goals,” the report said.

The majority of the projects funded by the TROF program, which provides performance-based grants and loans at the start of a project, have not met their goals, according to the report, which also said due diligence procedures for grant awards were “lacking.”

As for the megasite program, economic benefits “are low and are expected to remain low compared with other incentives even if occupancy of the industrial sites increases,” the report said.

The Associated Press has previously reported that the state has put more than $100 million into land acquisition and development at megasites dotting Virginia’s struggling rural south and southwest but so far has little to show for it.

The tobacco commission’s executive director, Evan Feinman, defended both programs in an interview. He said megasites are a “build it and they will come” approach and the state has had several near misses. Improvements have been made to the TROF program since the start of the report’s study period and the region has nice wins to show from that money, he said.

Only one lawmaker, Democratic Sen. Janet Howell, asked a question about the report during Monday’s presentation, raising the idea that the tobacco commission could be folded into the state’s main economic development agency.

Sickles said the JLARC report — which was months in the making, according to Miller — was a good starting point, but he’d like more information about what other states and countries are doing before changing any incentives.

“We are not an island, we are competing in the marketplace,” he said.