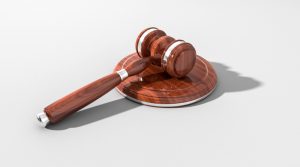 A Richlands Virginia man, who appeared at a health clinic in June of 202 with severe injuries to his hands and fingers, pleads guilty to possessing and manufacturing an unregistered explosives device. 24 year old Cole Carini, plead guilty in Abingdon’s U.S. District Court after being arrested this past summer, when he showed up at a health clinic suffering from extensive injuries to his hands and shrapnel wounds to his neck. Carini, told health care workers that his injuries were caused by a lawn mower accident at his home. During a search of Carinis’s home agents found drawings of improvised explosive devices, significant amounts of what is believed to be an explosive substance used in the creation of IED’s. A partially constructed pressure cooker explosive device similar to that used in the Boston Marathon bombing. Carini will be sentenced on April 13 and faces up to ten years in prison and a 250 thousand dollar fine.