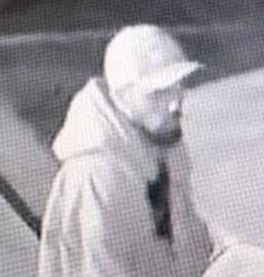 Kingsport police are searching for a male suspect who committed auto burglaries at a city motel on consecutive nights last month.

The report said the crimes occurred on April 21 and 22 during the early morning hours at Quality Inn at 3004 Bays Meadow Place.

Undisclosed items were taken one morning and then the thief got away with $1,000 in tools in the motel’s parking lot.

According to police, video surveillance footage captured the suspect leaving the scene in a dark-colored 2-door sport coupe or sedan, possibly a 2000s model Toyota Celica.