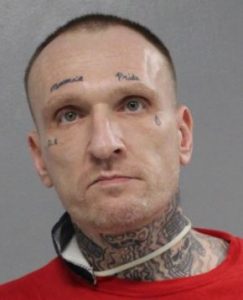 An Eastern Kentucky man is headed to prison for 15 years after a Buchanan County judge found him guilty for his role in a police pursuit and shootout one year ago.

Joseph Rayburn, 44, was in a pursuit with deputies and rammed patrol cars in Hurley before crashing his vehicle and then firing his gun at officers.