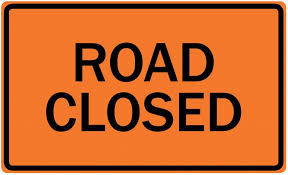 Several roads in downtown Kingsport will be closed this weekend as the Racks by the Tracks Festival happens. Organizers say in a press release that Clinchfield Street will be the primary road affected; it closes Friday at 2 PM and will not open back up until the festival concludes Saturday night. In addition to the Clinchfield Street closure, several surrounding streets will be closed intermittently for the SPF 10k and 5k races. These roads will close at 7 AM Saturday and gradually open up as runners make their way through the streets. These roads include but are not limited to: West Center Street, Clay Street, New Street, Press Street, Main Street, and West Sullivan Street. These roads will open back after the final race concludes.