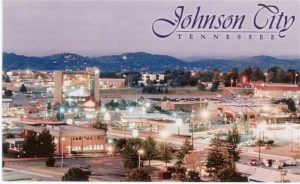 The first woman in Johnson City history has been selected as the next City Manager. That selection was made Thursday morning in a special called meeting. Councilwoman, Jenny Brock made the motion to select Asheville, Assistant City Manager Cathy Ball as the first woman to serve as Johnson City’s city manager. Commissioners voted unanimously in favor of Ball who is an Erwin, Tennessee Native with extensive experience in various departments within city government.