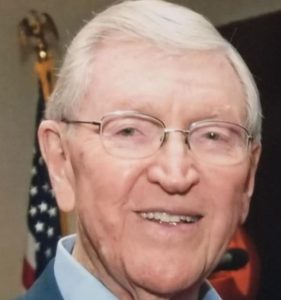 Tennessee House and Senate member and co-founder of what is now known as Bristol Motor Speedway Carl Moore has died at the age of 91.

Moore was a statesman who had a public servant resume that would be rivaled with service on the TN Board of Regents, Bristol Chamber of Commerce, and a formation committee for the TN Performing Arts Center in Nashville.

But his legacy lies in horsepower. It began with a sketch of a track and dragway near Beaver Creek on a paper bag in the early 60s that would become a premier motorsports complex for both NASCAR and the NHRA.

Moore’s family has announced funeral services will be private but celebration of life ceremonies will be held at a future date in Bristol and Nashville.