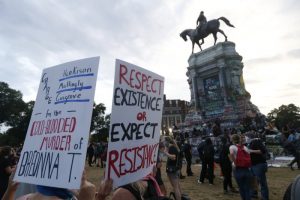 The removal of the Robert E. Lee Statue from its long time perch in downtown Richmond is a thing of the past, and now the General Services Department says the controversial removal of the monument cost Virginia taxpayers more than two million dollars. The total cost of actually removing the statue from Monument Avenue was just over one million dollars. But by the time various other agencies and entities were paid for services connected to the project the price tag more than doubled. The department of General Services also reported, almost four hundred thousand dollars was paid out to Virginia State Police for security services.