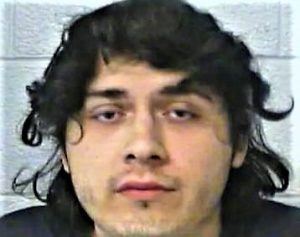 Forensic evidence processed at TBI labs helped the Johnson City Police Department locate and arrest a suspect after a gruesome discovery at a funeral home.

Deamion R. Davis, 19, is accused of taping the legs of a cat together, stabbing it with a screwdriver, and then running over it with a vehicle.

Investigators found the remains back in April. Davis is charged with aggravated cruelty to animals and was issued a $10,000 bond.