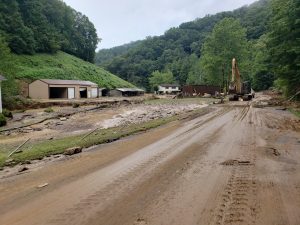 Southwest Virginia’s Buchanan County, recently ravaged by this past August’s flooding, that resulted in the death of one person and caused millions of dollars in damages is now declared a Federal Major Disaster area. The small town of Hurley, was especially hard hit and will benefit from new sources of funding to help the community rebuild and over come the floods devastation. More than 60 homes were destroyed or heavily damaged, and more than an estimated13 million dollars in damages were reported.