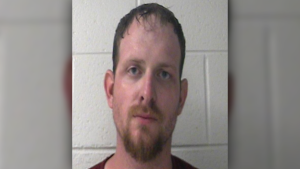 A Johnson City man, who is an inmate housed at the Washington County Tennessee Detention Center is arraigned on two charges of rape that occurred inside the county holding facility. Investigators with the Washington County Sheriff’s Department believe 31 year old Curtis M. Paul raped two inmates because Paul, believed the victims were holding drugs inside their body cavities. Authorities say Paul coerced, the victims with threats of violence in order to force them to perform sexual assaults on other inmates.