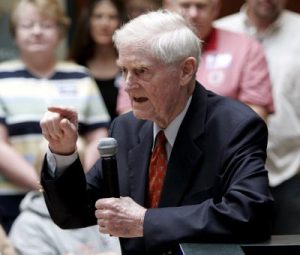 Linwood Holton, Born in Southwest Virginia and the first Republican Governor of the Commonwealth since Reconstruction has died. Holton, a native of Big Stone Gap, changed what it means to serve as Governor of Virginia, according to a statement from Governor Ralph Northam, who went on to say, Holton showed a wistful state how to embrace the future. Northam went on to say Holton was a servant leader and the country needs more people like him. Former Governor Linwood Holton, was 98 years old.