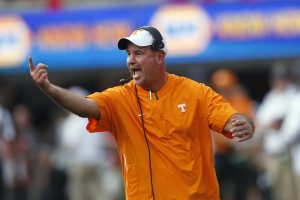 An independent investigation of UT football has concluded and school officials have announced they will not impose a bowl game ban on the program if they become eligible.

The Knoxville school paid nearly $1 million for the review of former coach Jeremy Pruitt and his staff. The statement released by UT said NCAA rules will not allow them to release the findings at this time.

Pruitt and nine members of his staff were fired in January for failing to report violations in a timely manner. An attorney has demanded a settlement from UT for Pruitt who the school terminated for cause.