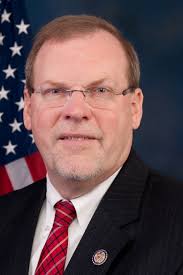 In an update to a story we first told you about last month, President Joe Biden has signed Southwest Virginia’s United States Congressman Morgan Griffith’s bill to reform the Drug Enforcement Agency’s regulations to prevent opiod abuse. The Ensuring Compliance Against Drug Diversion Act amends the Controlled Substance Act to prohibit the transfer of any DEA registration to manufacture, distribute, or dispense controlled substances without the written consent of the agency. Congressman Griffith says the lapses in DEA registration of manufacturers as well as sellers of legal opiods may have contributed to the epidemic of abuse and death in the southwest Virginia region.