UPDATE: Victim in pedestrian crash on I-26 identified as Bean Station man 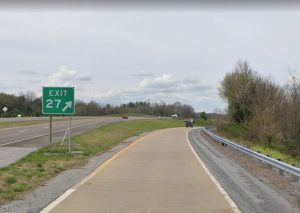 Johnson City Police have released more details surrounding a pedestrian fatality on Interstate 26 Tuesday morning including the name of the victim.

The preliminary review said David Beatty of Bean Station, Tennessee, was attempting to cross the roadway in the Exit 27 area when he was struck by an oncoming automobile.

Beatty was pronounced dead at the scene. The driver of the vehicle that hit Beatty was located and police said they are cooperating with the investigation.