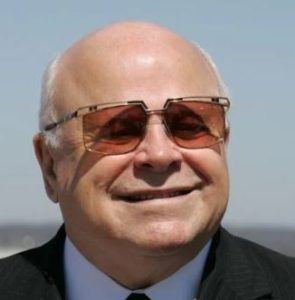 Bruton Smith, the founder of Speedway Motorsports and owner of Bristol Motor Speedway along with 10 other racing courses in the US, died today at the age of 95.

Smith is a NASCAR Hall of Fame member whose motorsports company was the first to be traded on the New York Stock Exchange shortly after its creation in the early 1990s.

A statement from NASCAR Chairman and CEO Jim France on the passing of Bruton Smith. pic.twitter.com/k4MvJPoH89

Smith went to work at an early age, first as an employee of a sawmill at the age of 12. He later went on to sell cars and then promote races for NASCAR until he moved into his own operations that include automotive products.

Bruton’s contribution to stock car racing is hard to measure. His ambitious vision created growth and opportunities that I am forever thankful for. My heart is with the Smith family. https://t.co/GUSu7kxLQS

Another part of Smith’s legacy is Speedway Children’s Charities which has raised more than $60 million to help deserving children. That organization was founded in honor of his son Bruton Cameron Smith who died at an early age.

The report from the company said memorial arrangements will be announced later.