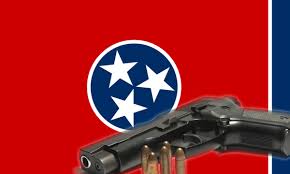 Support for stricter gun laws in Tennessee has jumped to 58 percent among the state’s registered voters, according to a recent poll conducted by Middle Tennessee State University. That’s a 24 point climb from the 34 percent support measured two years ago. Support for stricter laws on carrying guns in the state has risen as well, jumping 12 points to 46 percent. The poll has a margin of error of four points.