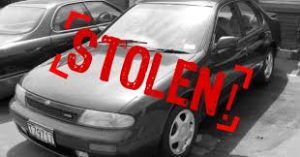 Two suspects have been arrested in a ETSU car theft case that is baffling police. Two cars were reported stolen two weeks ago. The second vehicle stolen has been recovered by the police and returned to it’s owner. The car was found with Bethany Fields and Walter Whit who have both been charged with possession of a stolen vehicle. Police believe the real culprit to still be on the loose. ETSU officials are urging students to be vigilant because of the the open campus policy. Detectives and local law enforcement agencies continue their attempts to track down suspect who took the car from campus. The suspect is male and anyone with helpful information in the ongoing case is asked to call ETSU Police.