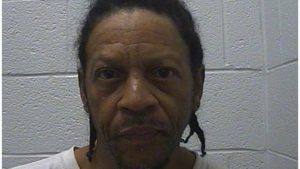 A man arrested earlier in April for holding up the Check into Cash of Johnson City, is now facing charges stemming from two previous incidents. Cornelius Rollins Jr., 56, is now charged in two more separate stickups spanning from last fall on October 13th to this Spring on April 13th . DNA Evidence collected at the scene of the crime in October helped link Rollins to the Crime. He is now charged with three counts of aggravated robbery and is being held on a $50,000 bond for each charge according to the police report.