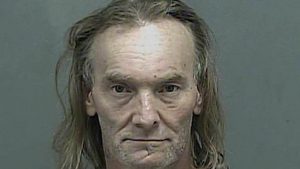 A Kingsport man wanted for stabbing his brother has been captured by police.

50-year-old Charles Kimball Hughes was on the run from authorities after he stabbed his brother at a Kingsport home last Wednesday.

Authorities from the Kingsport Police Department located Hughes at the Model City apartments and arrested him without incident.

Hughes was charged one count of aggravated assault and second-degree murder.

Police took Hughes to the Kingsport City Jail, and he has now been transferred to the Sullivan County Jail.