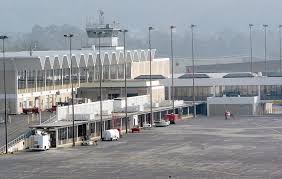 Two people were injured after the experimental aircraft they were in crashed Wednesday evening short of the Tri Cities Airport. The single engine plane called a Velocity crashed short of Runway 23 which resulted in the closure of the runway until the plane and debris could be removed. The two passengers in the plane, thought to be from Alabama were taken to a local hospital for treatment. The extent of their injuries is not known and an investigation is ongoing.