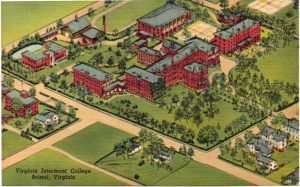 The future of what was once Virginia Intermont College has been up in the air since it closed in 2014 over financial troubles.

Now the wealthy Chinese owner who bought the property two year later has proposed to reopen to the institution as the Virginia Business College.

With estimated intial yearly losses at more than $500,000 strong financial backing will be needed to see the College through it’s infancy.

The hope is to gain accreditation again from the Southern Association of Colleges and the accrediting council for business schools and programs by 2026.