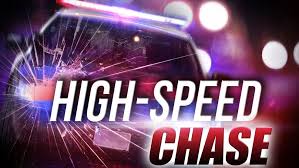 You can run but you can’t hide. That was the result of a Telford man who attempted to flee from police before crashing his vehicle, abandoning his car, and being arrested by officers.

According to the Johnson City Police Department, they received word that 29-year-old Evan Bales had warrants against him and would be in the area for an appointment.

Authorities located Bales in a red PT cruiser in a parking lot on North State of Franklin Road. When officers arrived, the man drove away from the traffic stop, but crashed his vehicle and took off on foot. Police found him in the surrounding area a short time later and placed him in custody.