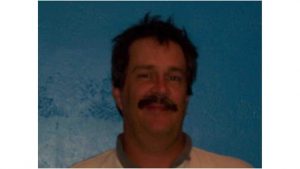 Sullivan County authorities are searching for a man who fired several shots at a woman. Deputies are searching for 55 year old William Kevin Carter, who investigators say fired a handgun at a woman inside a home in the 500 block of Cox Hollow Road. Carter fled the scene following the shooting and has not been seen since. The sheriff’s department believe Carter camouflage pants and a brown jacket. Carter is charged with attempted first degree murder and also believe the incident was the result of an argument between Carter and the unidentified victim.