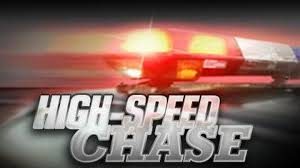 Kingsport Police arrest a man who they say stole and then crashed a pickup truck on Christmas Day. 39 year old Justyn Peterson of Indiana is charged with theft over ten thousand dollars, vandalism, driving on a suspended license, reckless endangerment and felony evading arrest. Police were called to West Carters Valley Road where the Blue and Silver truck was reported stolen. Police discovered Peterson, who then led them on a chase before he crashed on Interstate 26’s Westbound Lane. Peterson then fled on foot but was quickly apprehended, taken to a hospital for treatment and then arrested and booked in the Kingsport City jail.