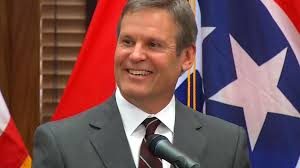 Governor Elect Bill Lee continues to build his administration and has made two new appointments. Lee a republican businessman was elected this past November and has appointed Maj. Gen Jeff Holmes to lead the Department of Military. Holmes currently serves as the deputy commanding general of First Army. Retired Lt. Col Courtney Rogers has been selected to head the Tennessee Veterans Services Dept. Rogers currently serves as the director of Recruiting and retention for the Tennessee State Guard. Lee will be sworn in as Tennessee’s Next Governor next month.