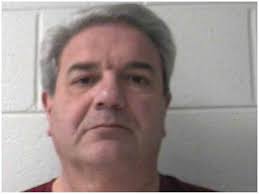 For the second time in less than a month a Washington County Tennessee School Board member has been arrested, this time for violating an order of protection from the previous arrest. David Hammond was arrested after a woman, thought to be his former girlfriend said Hammond was holding her hostage. Police later determined Hammond was in violation of the order of protection because he let the woman into his home, even though she called him asking if she could come over. Hammond is due back in court on April 22.