Bridge to be dedicated to fallen VSP Trooper from Smyth County 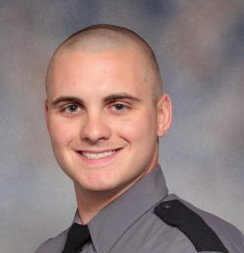 Ceremonies are scheduled for Friday to dedicate a bridge in Amherst County in honor of fallen Virginia State Trooper Lucas Dowell. The officer was shot and later died following a raid on a suspected drug dealer’s home in February. The tactical team member was laid to rest in his native Smyth County. A bridge in his hometown of Chilhowie will be dedicated in his name in November following a directive from the Virginia General Assembly.