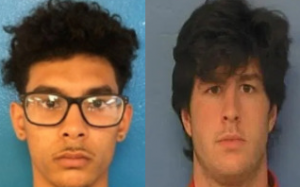 Two Kingsport men have been indicted by a grand jury on charges of rape of a minor. According to a report from the Tennessee Bureau of Investigation, 19 year old Joshiah T. Hilser and 18 year old Carter Holt were each indicted after a joint investigation by the TBI and the Kingsport Police Department. The grand jury found evidence that on February 24 of last year, Hilser and Holt sexually assaulted the victim at a residence in Kingsport. Hilser turned himself in Wednesday and Holt turned himself in Thursday both, were booked into the Sullivan County Jail.