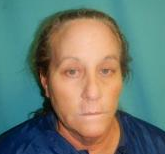 A veteran Greene County bus driver accused of DUI behind the wheel with children onboard Wednesday pleaded not guilty during her arraignment on Thursday.

A court official said Sandra Bible Lamons, 55, of Bulls Gap was ordered to wear a drug patch and her bond remained at $25,000. She was ordered to appear in court again on March 25.

Preliminary details from the Tennessee Highway Patrol said Lamons was operating the bus on Mount Carmel Lane when it went off the road, hit an embankment, and landed on its side. The students were not seriously injured.