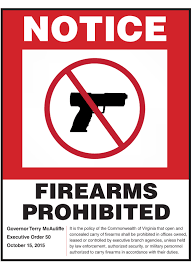 Virginia lawmakers are voting Friday on a bill that could prohibit you from carrying your gun with you while at the state Capitol. Democratic leaders have a solid majority and are expected to include a proposed new gun ban for the Capitol and a legislative building. Republicans are voicing strong opposition to the plan as some GOP lawmakers routinely carry guns into the capitol. Currently, anyone with a valid concealed handgun permit is allowed to bring a gun into the Capitol. The debate on whether to ban guns in the Capitol is part of a larger fight on bans that’s set to dominate this year’s legislative session.