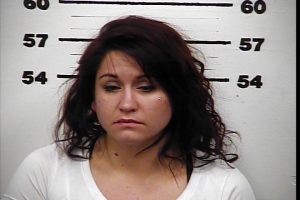 A Church Hill Tennessee woman is arrested after narcotics agents with the Hawkins County sheriff’s Office discovered more than a pound of methamphetamine in her residence. 31 year old Victoria Ann Raney was arrested after agents became aware that Raney was in possession of a large amount of methamphetamine. After making contact with Raney, she agreed to allow agents to search her home where they found one pound nine ounces of the drug along with a 22 caliber handgun belonging to Raney. During the investigation it was also learned that Raney has a previous felony conviction out of the state of Georgia. Raney was booked into the Hawkins County jail.