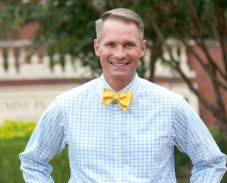 Noland has been at the helm of ETSU since 2012 and was interviewed for the chancellor position at the University of Tennessee last year. Harwell is nearly two years removed from an unsuccessful bid for governor and was the first female to lead the state House.