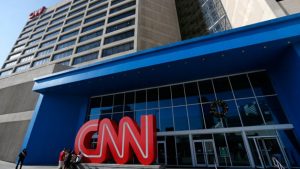 He placed that message on his social media account shortly after introducing House Joint Resolution 779 that asks the General Assembly to recognize CNN and The Washington Post as fake news and part of the media wing of the Democratic Party.

In the bill, Van Huss condemns the media outlets for denigrating citizens and for describing the entire Republican Party as a cult led by President Trump.