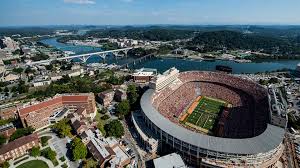 Tennessee legislators are trying to revive a proposal that would allow students to carry conceal permits at state colleges or universities to carry their guns on campus.

House Bill 2102 and a sister bill in the Senate were introduced this week in Nashville. Similar bills failed in the 2017 session but in 2016 a law was passed that allowed faculty and staff to carry their guns to work in the classroom after notifying local police.

According to a report from College Student Education International, 12 states currently allow concealed carry at their schools.